He had heard love speak several times but not like that

No the way she made him feel

Daydreaming while driving was the height of it

She made him lose his head

She made him lose his self-consciousness

She made him hum melodies and tunes

He knew he didn’t really learn from anywhere

His response to her shocked him to the core

He had always prided himself as a level headed, pragmatic and sensible

He met her in church

She was not a regular…

He couldn’t explain it

The moment he noticed her, he got excited all over

It was a strange reaction

It was wild and absolutely out of character for him

She knew she had that reaction on him

She kept looking at him that way and giggling at a point, he couldn’t keep quiet anymore

He turned around and asked for her name

She smiled and told him

Then he asked for her phone number

She smiled and gave it to him

When the service was over, she stood up to leave

He quickly stood up and blocked her way

He said “I will like to get to know you”

She smiled and said “I will send you my address, check me at home by two”

He quickly dialed the phone number he gave her

Just to be sure It rang

He removed himself from her path

She sashayed out of the pew line provocatively

His heart was racing

All he could think about was sex

He was twenty-nine years old

He had been in a relationship for seven years

He had been a born again Christian since he clocked 16

He was twenty-two years old then

Somehow hand-holding, led to kisses and kisses led to touching each other in sensitive places

When they mentioned their intention to their parents, they were told to wait a few more years and save some more

It was the most ridiculous thing he had ever heard His father (A nominal Christian) has a Ph.D in philosophy and was a natural weird thinker

His mother was of the opinion that if both parties are happy and comfortable with it, they should get married

His father said, if he had not sown his wild oats at 30, it is likely he wouldn’t sow them or perhaps he would sow them later and give everybody a headache due to the crisis that such would cause in his marriage

He had counted his father’s counsel as foolishness, until that day

His wild oats were running riot all over his body

His body was as tense as a snooker stick

He must put that black ball into the middle pocket

She was living in the estate

About ten minutes away from his parents’ house

Most of the buildings in the estate were mansions

She was living in one of those

The room was feminine

There was a mattress, two plastic chairs, and a plastic table

There was a mirror on the wall and a dressing table

She made an attempt to delay the inevitable

She gave him her picture album and tried some small talk

Eventually, she walked by him and he grabbed her by the waist

There was no resistance

They danced until the dam broke and the water gushed

His father would most likely tell his mother it was inevitable

It was only physical

It was just sex

There was nothing emotional about it

He promised himself it was over

The girl didn’t ask him for anything

Not even his name

The sex was unbelievable

She knew so much and he was willing to learn

By 6 pm that same day he drove to her house

He met her on her street, speaking with an elderly man

He took her to a hotel

She told him she was not in the mood

She asked him to promise it would be the last time

They got a room

He returned her home by 11 pm

His parents were worried stiff by the time he got home

He told them he took a lady out to dinner

His father asked him who the lady was

He returned home by 9 am

He showered, dressed up and drove to the wild lady’s house

Then his phone rang

It was his fiance

He couldn’t explain why he was angry

He just didn’t like the fact that she called

After about ten minutes of ignoring her call

He went back home

She was in tears

He parked his car and walked up to her She said “I know you met another girl and your head is in the cloud right now. I just want you to remember that you will meet several ladies in your lifetime and some of them will cause your blood to boil.

I will meet many men too, whom I will fancy or find more alluring than you

Feelings are fleeting but Love is a choice.

She hugged him and left

He went to his room for some time

The next day, he drove to his fiance’s house

He took her to dinner

Two months later, they had their introduction and engagement ceremony

Six months later, they got married!

He shared the story with @gbengawemimo overnight

The marriage is blessed with two children

GSW’s notes: There are words or ideas that come alive when we allow them in our reality

A believer does not have wild oats to sow

If you have an idea that you have to sleep around with a lot of guys or ladies before settling down so that you don’t cheat on your spouse, you are being taught and influenced by the devil who was a liar from the beginning!

The day you became a believer, everything about you became divine and godly

You are far above every idea or Philosophy, or ill that befalls the sons of men. 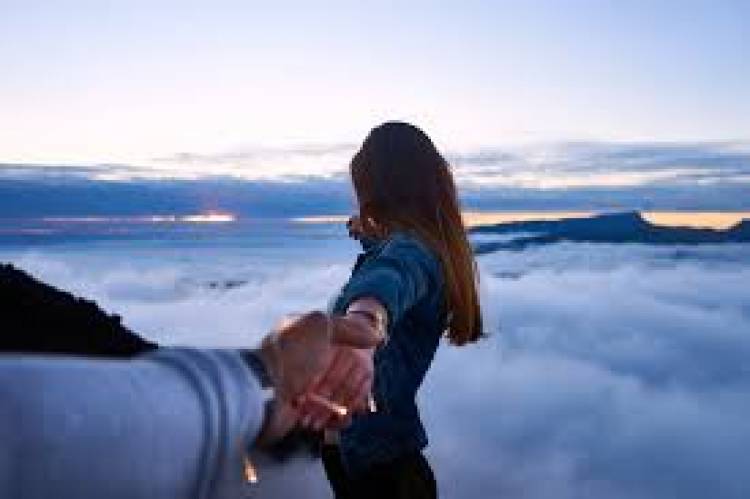