Her father waited until she was 12 before actually penetrating her

He was gentle and did it slowly

He said she was doing it to keep them together. If she didn’t do it, they would be separated

She didn’t understand half of what he was saying

Then putting ‘it’ in her mouth and helping him draw out the ‘poison of the devil’ in his system so that “he will not die’ because if he died she would have no one to take care of her.

Her mother left when she was still very young

She was a good girl

Her father took care of her, treated her with ‘’respect’’ and ‘’dignity’’ (Her words)

He always told her he would never cheat on her and anybody who did so deserved to die!

Her father was very careful, she never got pregnant and nobody suspected anything out of place was going on

He told her he could have married another wife but the new wife would probably hate her and maltreat her. He would rather kill himself than allow anybody to maltreat his daughter

By the age of fifteen she was comfortably sharing his bed. It was the natural thing to do!

To her it was black and white.

He could have thrown her away or given her up for adoption, he didn’t.

He could have sent her to live with his relatives. He didn’t.

He could have married another wife and be happy, he didn’t.

He gave up everything for her. He loved her

When she turned 18 she gained admission to study law in the University. She left home for the first time.

She had never ever considered the possibility of having a relationship. That would be cheating.

Many guys came calling. She calmly told them she was married.

Her father died suddenly when she was in her final year. He was her meaning, her reality, her world.

She made it through law school by the whiskers

She lived in a dazed bubble for almost two years

A friend invited her for a comedy show.

She decided to go through the motions

A man walked up to her.

Man: Would you like a seat at the table for 10 section? My boss invited some of us to this show but I didn’t know I was supposed to come with a “Friend”. You can leave anytime you want

She didn’t say a word, she just followed him

They hit it off

He made her laugh

He made her happy

He listened carefully and advised her to see a psychiatric doctor. “Though you look fine and perfectly alright on the surface, one can never underestimate the devastating effect of hurricane ‘sex abuse’ once it was unleashed”

She shrugged it off

They somehow grew closer after then

He was 15 years older than her, a widow with a daughter

He was into real estate.

One year after they met, they became lovers

Six months later, she came to spend the weekend with him. She met his daughter and suddenly felt very uneasy.

They were ‘too close’

The way the young lady looked at her, talked to her, related with her father, looked at him!

She accused him of sleeping with his daughter!

She didn’t believe him. She called child protective services and told them her suspicions

They asked her for evidence

She called him, “Can we meet?”

He came over to her place

He advised that she sees a psychiatrist immediately

He wanted to leave, she pleaded, “Please if you have truly forgiven me, stay the night”.

She needed help badly. It seems to him she was bursting at the seams, coming undone, unhinged!

He calmed her down

He stayed with her, she smiled into eyes as he slept off

She snuck out of bed, got a knife and stabbed him 13 times

Her father’s voice had been ringing in her ears “Anybody who cheats on you deserves to die!”

“Yes Daddy, he deserved to die!”

PS: He was not abusing his daughter, doctors and psychiatrists tested and interviewed her. Her reaction was normal for a young lady in her circumstances 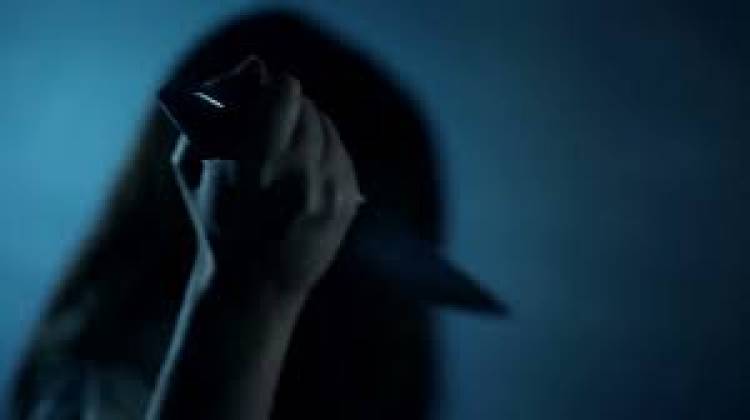