For four years, he waited

He waited in pain and agony

He waited in hope and trepidation

He waited in silence

His church pastor told him he cannot move on

His parents told him to have faith

They told him there is a God who restores

They told him to hold on

His wife eloped with a South African Pilot in 2015

He had no idea what was going on

Apparently, the reason the marriage dragged on for four years was because his wife hadn’t found the right person to jump ship for

She was a chartered accountant

He was a chartered accountant too

He got the job, she didn’t

She was the gregarious type

He was the quiet and taciturn type

His social life was almost zero

Before he met his wife, he had only dated two other women

His wife practically fell on his lap

After he got the job, the friendship became serious

Three months after he got the job, she moved in with him

She stayed over that day

She cooked him dinner, drew his bath and did home engineering duties perfectly

He was very impressed

By the time she moved in, he was convinced without a doubt that she was the one

All the signs pointed to that fact

Nine months after he met her, he proposed and she said yes

Before they met, she had dated her way upward

Sometime during their second year of marriage, his wife began to travel to South Africa frequently

She told him it was for work and he believed her

One day she left and she didn’t return home

When he contacted her office, he was told she had resigned

He didn’t suspect anything

He ran to her parents

They told him they had no hands in it

He ran to the church, his pastor said

He should keep praying

They told him it was a trying time

They told him it was a perilous time

A year after she left, he traveled to South Africa

He wanted to see for himself what was going on

He had gotten her address from one of her close cousins

He wanted to know how to move on

He didn’t know the kind of guy the pilot was

He wrote a letter and went to her house

His plan was to drop the letter and wait for response

She was living in a very expensive apartment

The type that uses a doorman

Each flat had a pigeonhole downstairs where letters could be dropped

The doorman took the letter from him

He called her name

She turned towards him, he saw the baby carrier on her shoulders and a baby in it

She looked at him, paused for a brief second to be sure she was not looking at an apparition and shook her head

Then she walked steadily into the apartment building

He just stood there…

After about three minutes, he left

He had all the answers he needed

She had moved on

Later that evening as he was waiting for the night to pass so that he can catch his flight back to Nigeria the next morning, his phone rang

She said “What are you doing here?”

He wasn’t the one

That was his conclusion

She just used him

He came for closure and he had gotten closure

She didn’t say anything else

He returned to Nigeria

He went to discuss with the pastor of his church

He just wanted to move on with his life

The pastor said he should pray that

He stopped going to church the following week

As soon as his rent was due, he moved to another part of the city

He needed to restart his life

He read a story on gbengawemimo.com and reached out to the brother in Jeans and T-shirt

They had a long and fruitful discussion

They discussed religion and Jesus

The Bible stated categorically by the coming of Jesus that a people living in darkness has seen a great light!

The Bible was talking about the Jews

The JEWS were the people living in darkness

Jesus was the great light

The law was sin and death and it saved nobody

If the law could save, Jesus wouldn’t have to come

Then Moses himself married an Ethiopian woman

When his sister and brother protested,

Nobody can lose his or her salvation over domestic issues

Nowhere was such written or stated

Truth is, if you know the gospel and walk in its light, you will be able to see clearly why there is no marriage in heaven as Jesus stated We are spirit beings

Marriage is for mortals

He was shocked to see the gospel explained so simply

Whosoever believes in the Lord

Jesus and confesses him shall be saved. Amen

He said he walked into a shop at the mall to pick some gifts for his parents, nephews and nieces when he saw her

She was the manager of the store (Not the owner)

He told her what he had in mind and while he sat down nursing a bottle of wine, she used her discretion to pick the gifts for him

He said it was as if she saw into his heart

The gifts were all perfect

They exchange numbers and started talking

He introduced her to the gospel

On the 26th day of December 2020, Brother Godfrey and Sister Roselyn got married somewhere in Nigeria

PS: Fear has failed as the reason to stay married. Fear can only bring torment
When I hear couples say “I am staying in this marriage because I want to make heaven” I just shake my head

Those who teach such rubbish are misrepresenting the word of God. We stay in our marriages because that is the right thing to do and we have been enabled to do that by the power of the Holy Spirit!

If we all exhibit the fruits of the spirit our homes would be heaven on earth. I recently spoke with a cheating
husband who said “My wife is a  Christian, she is always praying and reading the Bible.

By the tenet of her religion she should forgive me such indiscretions. If she can’t forgive me and move on it means she is a hypocrite!” That is what a carnal interpretation of a spiritual reality does It perverts the truth and exchanges the eternal for the temporal.

Religion binds people to darkness. Christ translate people from darkness to light. You have the right to walk in bondage or liberty.

You have the right to use your liberty as led by the Holy Spirit to frame your aeons and live out His plan for you. You can also abuse your liberty by living the wrong way and  you will reap the consequence in this world Your reality in Christ is up to you. Amen!

May your Home be a tree of  righteousness planted by the river of life. 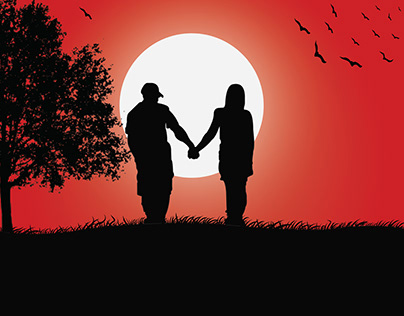