The white garment prophets suddenly stormed into the area

They were unheralded and uninvited

They were forty in number

Some of them wore red clothes

Some combined blue and white

Some wore white only

The prophets bellowed as loud as they could

They said there was a dark cloud over that street

The contract would stand

They rebuked the activities of witchcraft and sorcery

They talked about businesses and marriages

They prophesied about children and infant mortality

They spent all of three hours

Others guffawed and mocked them

They did certain things for some people on the spot

It was equally spiritual in a way

The visitor from America observed the scene with joy

He had never experienced African spirituality before

He had studied it briefly in the seminary

But what he was witnessing was a rare moment

He was a Baptist missionary, sent to Africa on a yearlong mission work

His friend was also his classmate in the seminary

He watched closely as the uniformed spiritualist displayed uninhibited

They swayed, rocked and danced in the middle of the street

It was quite a spectacle

When his friend came to the balcony to join him

They talked about it

His friend told him they were charlatans, some of them could even be demonic

“Whenever they see a vision or tell a prophesy, it usually comes to pass but the scripture had warned us that we should test all spirits because not all spirits com from God! Angels of darkness often appear as angels of light to the less discerning”

He agreed with his friend

They believed the Bible is the completion of all prophesies and speaking in tongues/other gifts of the spirit had ceased with the apostles.

There was only one sure word of prophesy, “the more sure word” according to Peter

This was the Bible!

The weekend after the whole white garment prophets’ invasion saga

They took off very early in the morning

By 4pm that same day

The bus conveying people from the neighborhood had crashed

It was a fatal crash and everyone died including the driver

The news shocked him to the marrow

He remembered the prophecy of the white garment people

The one his friend dismissed out of hand

It seemed it had come to pass

When his friend returned home that night, he was too stunned to talk

Virtually every house in the neighborhood lost at least one person

Some lost as many as three members of their family

Only one house was spared

They had three daughters and two sons

That was how the entire household escaped death

It was a tough week for that community

Death, curse and darkness hung over the community like a cloud

Two weeks later the white garment prophets were back

They went directly to the bungalow and started their jingoism

They announced that the inhabitants of that bungalow should beware

Anytime they wanted to celebrate a party

They should do it quietly

But death is still lurking, waiting to turn their day of joy to a day of sorrow

They asked the prophets if there was anything, they could do to avert the danger

They were told only to abide by the warning

The family had a meeting

They picked a date for her to bring her husband

The husband was from a very rich family

The plan was for them to get married and relocate abroad

She was working at a bank at the time

The husband’s family were determined to throw a big party

The bride’s family begged them

“Please, we have been warned not to make any noise”

The bride wanted a big party, she didn’t want her day of joy to be celebrated like a day of sorrow

It was high time they throw a bash

Turn the atmosphere around with glorious celebrations

“What can we do to avert disaster?”

The prophets said “obedience is better than sacrifice”

The bride’s mother called her daughter

The other siblings said “No!”

The Father said “No!”

The matter was taken right out of her hands

To keep her mind at peace

They still live in the community

His friend was an associate pastor at a nearby Baptist church

He was the music director

The “bride to be” approached them

Just to put their mother’s mind at rest

Early the next morning, they paid the family a visit

They stood on the word of God, they quoted the scriptures

They used the story of Balaam and Balak

They prayed as much as they knew how

The wedding preparation began in earnest

Cows were tied, uniforms made and musicians booked

The groom was the first son of his parent

They were dripping in oil money

He and his friends wore their best suits

They got to the church service

The church service was over within ninety minutes

They moved to the reception

Just as the couple were about to cut the cake

Then the bride’s father

They were huddled together in one corner

Having a serious discussion

After some minutes, they returned to the table

They smiled and laughed as they took pictures

The bride’s mother approached the two of them

But now the bride will have to know

Nobody can predict her reaction

This was why she had elected to approach them

As clergy men, they should be able to help calm her down

He couldn’t believe his ears

Why didn’t their prayers work?

The bride was told

They consoled her eventually

Sent her off with her husband on honeymoon

When they got home, they discussed the series of events over and over

His friend said “God is unquestionable, it is the will of God!”

That response was not satisfactory to him

“God? Why put everything on God? They were men of God! Why were they so powerless?”

He came the next day around noon

Just as he was settling down

They made all sorts of noise

They explained how accurate the prophecies of the guys were

The brother in Jeans and T-shirt laughed

He stood up, walked to the balcony and said “I decree in the name of Jesus, you people must move on. I scatter your gathering. You cannot speak where I am. I am in charge of this territory now. In Jesus name.  Amen”

Then he turned back and sat down

The prophets couldn’t settle on which house to go to

They moved about for about ten minutes and after much ado they left abruptly!

“How did you do that?” He asked the brother in Jeans and T-shirt

“I am a territorial spirit, where I am no other spirit can operate!”

They looked at the street and saw one prophet

“What did he love? What was going on?”

As the brother in Jeans and T-shirt descended the stairs

The two of them followed him curiously

They could sense something was afoot

They just didn’t know what it was

The old prophet didn’t say a word, he just persisted in ringing his bell

Old prophet: One servant should not disturb another! We were sent here on assignment

Brother in Jeans and T-shirt: I was told you have toured this area for years. Today will be your last day here. I am here now and this is my territory. I remove the shadows and the dark clouds hanging here before I came. I command the sun to shine through again over this community

Old prophet: Ok sir. (Falls on his knee) Please pray for me

Brother in Jeans and T-shirt returned to their flat

They discussed at length about the things of the spirit

The community was set free from that day

Joy and good tidings returned to the inhabitants of the area

PS: This event happened at Ashi community, located between Bashorun and Bodija bus stops in Ibadan

The old prophet left the church a month later

For those who are yet to know the Lord

Be filled with the Holy Spirit

Be in control of your own spiritual territory.

Let’s have your views, observations and comments down below. 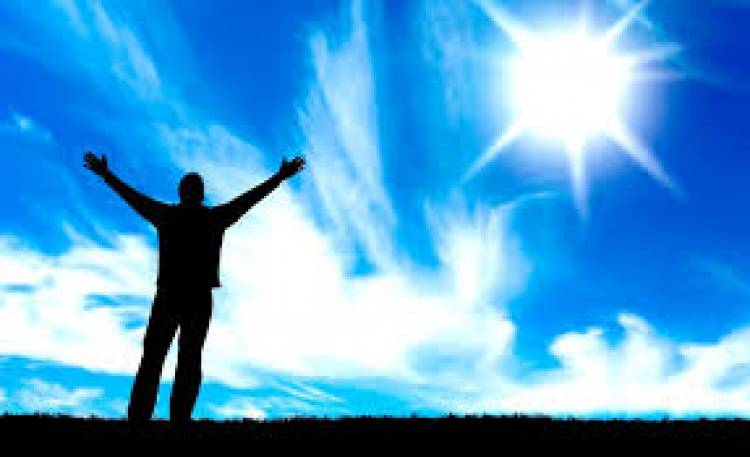