Redeeming Love is a work of fiction that centers on the love of God. It’s the story of Hosea and Gomer in the bible (Hosea 1-14).

Sarah was born out of wedlock, rejected by her father and a source of constant pain to her mother who wished Sarah was never born.  Sold into prostitution after her mother’s death at age eight, she grew up in the hands of duke who make her see herself as worthless.

She ran away from duke but landed in the hands of duchess who made her the most priced prostitute in the brothel, she felt there was no way out and didn’t see herself more than a common prostitute that should be used and tossed away.

Angel found God her maker the one who loves her most, she was able to let go of her past and put her life in the hands of the one who created it.

Redeeming loves speaks the mind of most believers, first we don’t trust God because people have let us down and betrayed our trust, then we feel unworthy and undeserving of the love of God because of our past and mistakes, some of us carry burdens and scars that we think cannot be taken away but the love of God is unconditional, redemptive and all consuming.

Francine Rivers wrote the story after she gave her live to Christ and deep revelation of God’s love was shown to her through her neighbors and friends. She thought she was free and could survive on her own but the freedom the world offers is bondage but Christ has come to give us a life worthy of living through the death and resurrection of our love Jesus Christ.

Finally God has not given us the spirit of fear but of boldness and sound mind to say no to sin and the tactics of the devil. I pray that you will be deeply rooted in the love of God and see how much Jesus loves you until his second coming. Amen!

Oluwatosin BOYE is the host of The Book Podcast 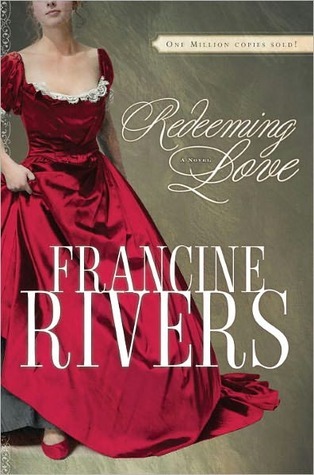